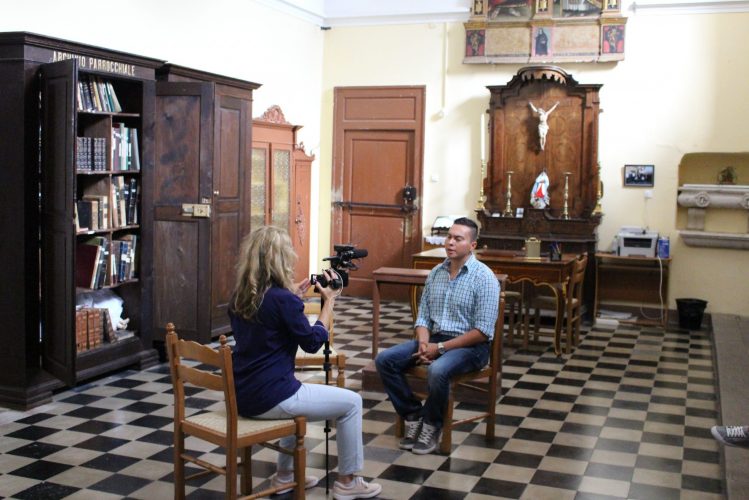 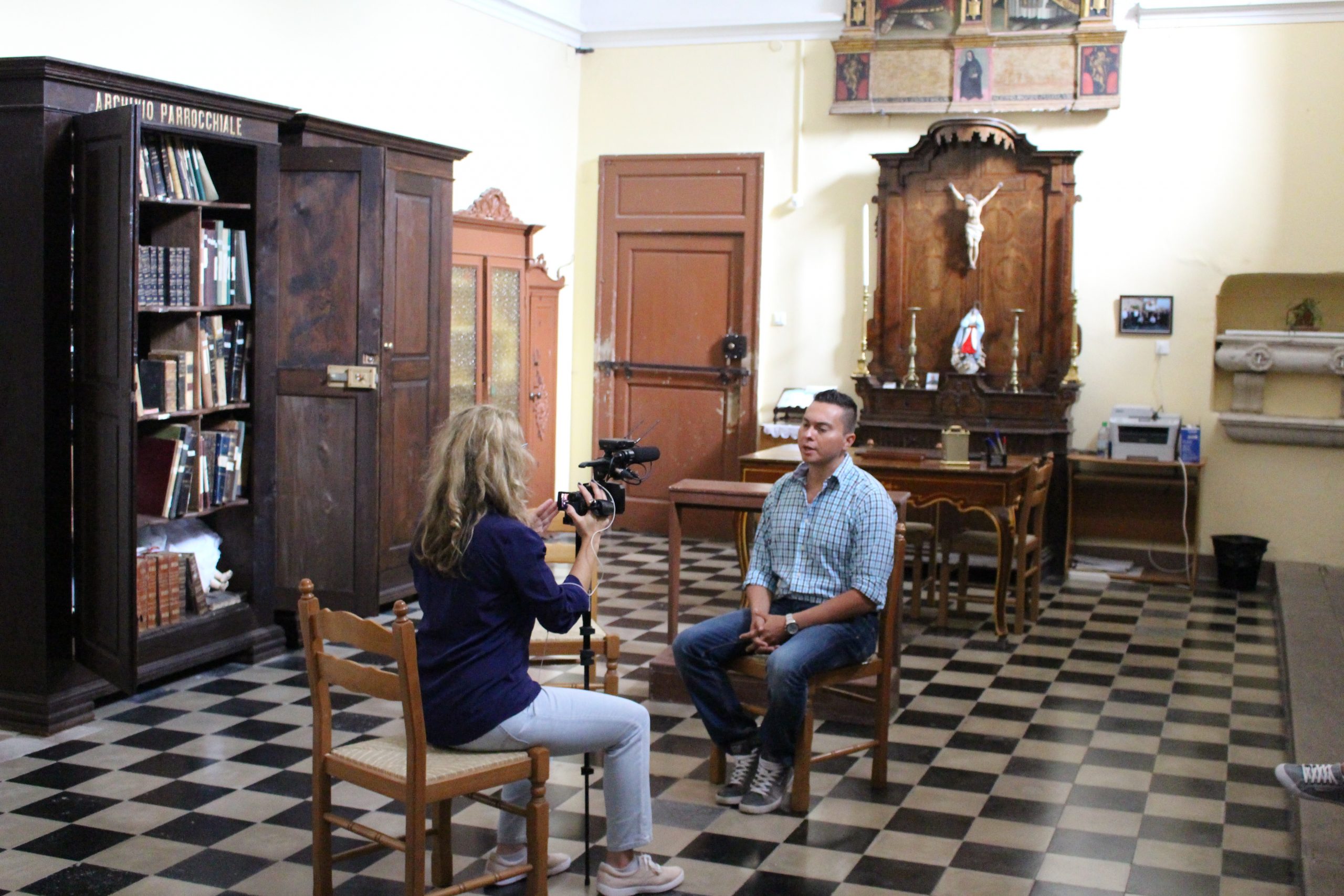 It was a great pleasure and honor to host Veronica Dudo here at the Museo del Cognome and Vallo di Diano. On September 25-30, 2015, the young American journalist filmed stories, traditions, projects relating our territory through interviews, meetings and reportages.

The first stop was at the Museo del Cognome with an interview to the Manager and staff members about the genealogical research and the Ancestors Tour project. Then, the touching meeting with the Rizzo Family which moved from Colombia to Padula, its ancestors birthplace.

Later, the reportages dedicated to San Cono in Teggiano and Madonna della Neve in Sanza, both venerated all over the world, especially in the United States. Right from the USA, Florida to be more exact, the thrilling story of Michael and June De Vito who visited for the first time Padula, the hometown of their ancestors and the place where some descendants of the their family live now. 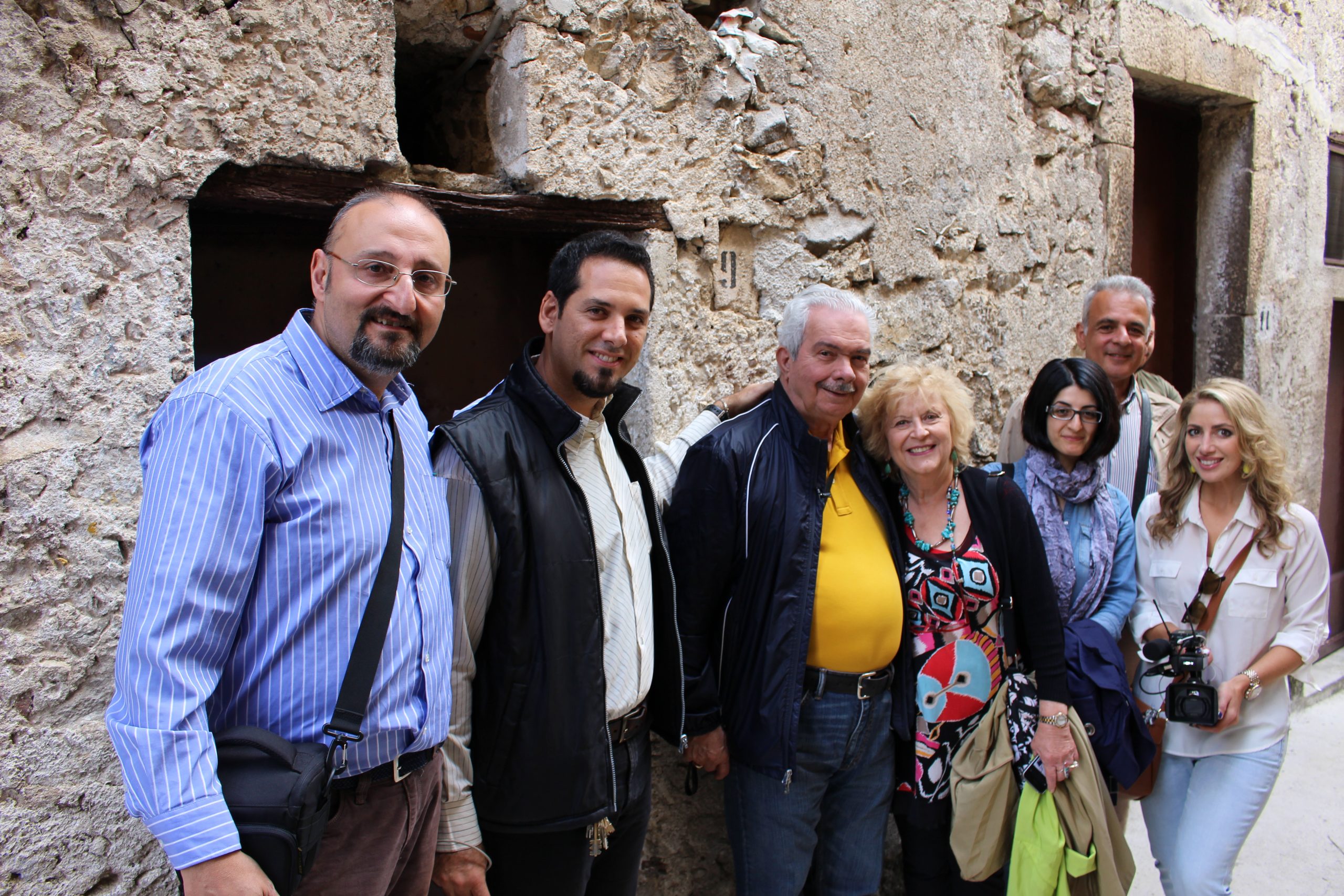 It also needs to be mentioned the interview to the President of Joe Petrosino International Association in Padula and the exciting meeting Veronica had with some her family descendants living in Pietraroja, a small village in the province of Benevento. Filming after filming she had the chance to figure out and report her family origins by a research carried out in the local parish archive with the collaboration of Alessandro Bovino, Genealogist and friend of the Museum.

At the last but not least, a report dedicated to the culinary traditions at the Agriturismo Tre Santi in Padula and the meeting at the Magic Hotel in Atena Lucana to talk about hospitality and tourism.

The reportages will be broadcasted on/ by WJLP Channel 3 New York and KJWP Channel 2 Philadelphia, both affiliates of the ME-TV network. They broadcast out to 30 million households in New York, New Jersey, Pennsylvania, Delaware and Connecticut. 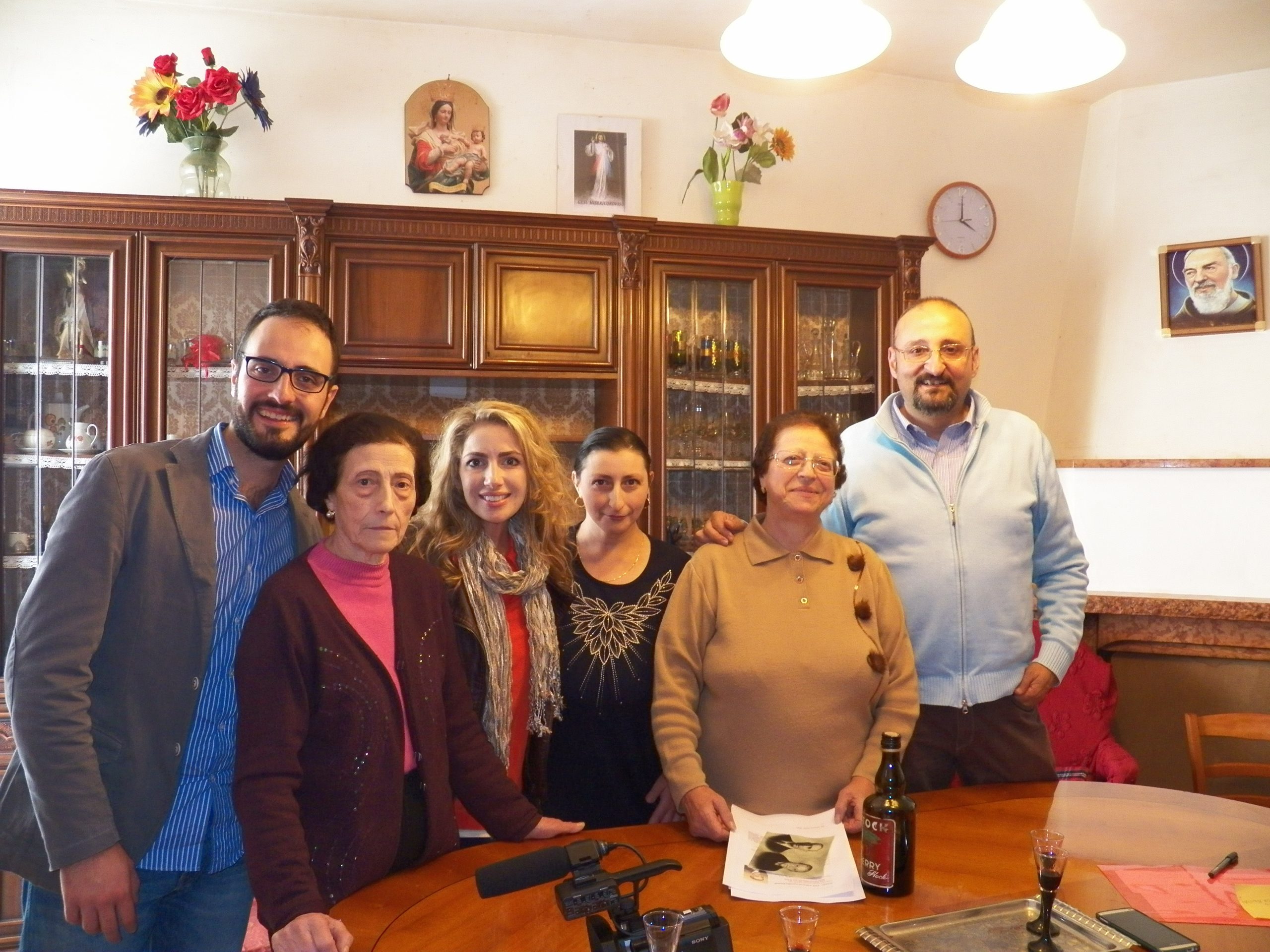